‹Working Drawing (Exercise Dunhuang)›
‹Sunset Pylons (Dunhuang)›
2014
For the exhibition ‹Exercise› by John Gerrard in the Kunsthalle Darmstadt 2015, a photographic edition was published consisting of two sheets, which can also be purchased individually. ‹Working Drawing› is a preparatory collage for the work ‹Exercise (Dunhuang)›, which was shown in the main hall at the time. Iconographically, memories of the melancholy copperplate engraving by Albrecht Dürer and his ‹Bauernsäule› [‹peasant column›] are awakened. The recording of the power line under construction, on the other hand, was not generated on the computer. This belongs to a solar voltaic system near Dunhuang.

John Gerrard
lives and works in Dublin and Vienna (* 1974 in North Tipperary, Ireland). 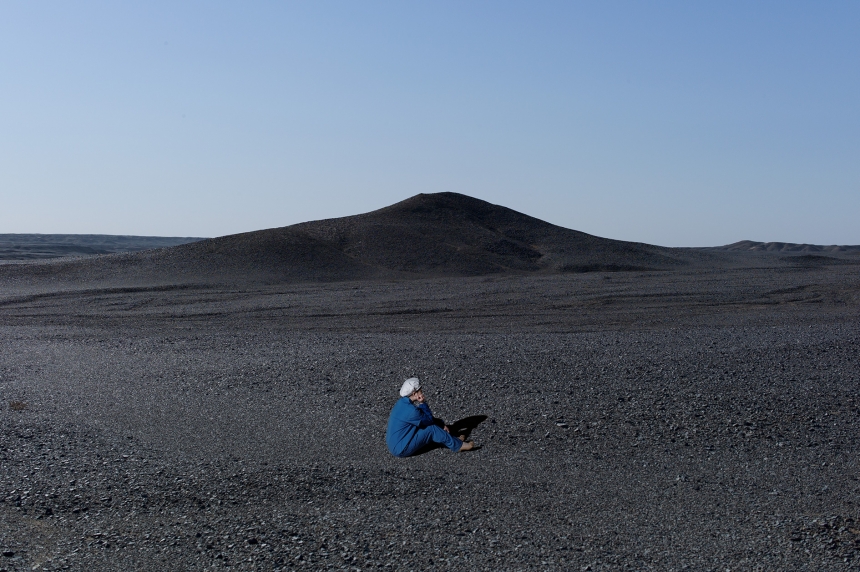 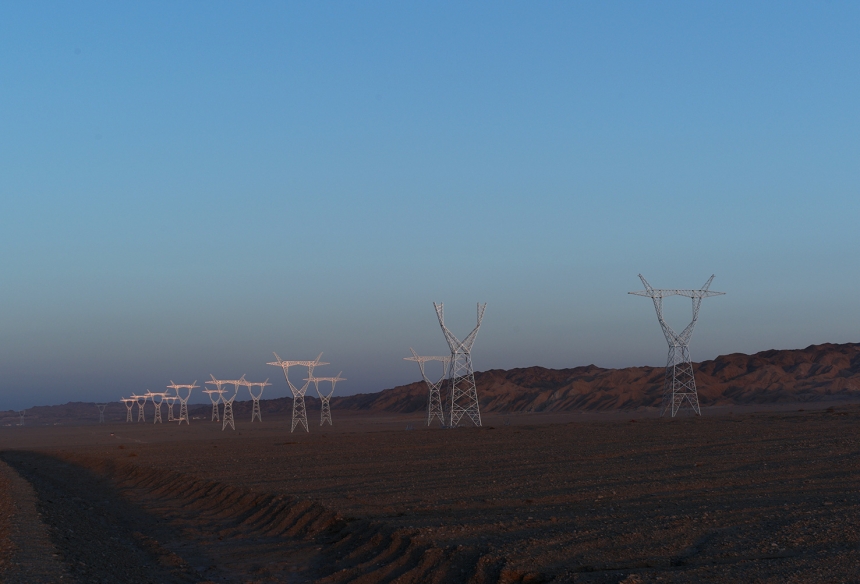