Martin Kozlowski’s works are fraternal twins. In his painting he uses the strategy of doubling. When he makes one of his acrylic paintings, the next one usually follows after a few days. The resulting images are similar, yet each has a distinctive look. The tools of Martin Kozlowski are acrylic spray paint, adhesive tape, and a razor blade. He applies the spray paint in loose swings and applies adhesive tape after drying. Without seeing the underlying layers of color, the artist cuts the adhesive tape layer. This creates hard contours that break through the lurching shapes. They are in contrast to the soft color gradient that reminds one of graffiti and creates a connection of the shapes across the different color planes. Through his work, the artist imitates the functioning of digital image processing programs. Kozlowski’s color palette of pastel tones is based on the fashion of the time. In the exhibition in the Kunsthalle Darmstadt he presents the painting pairs. This creates a kind of communication situation between the twins, «almost as if they were looking at themselves», says Kozlowski. 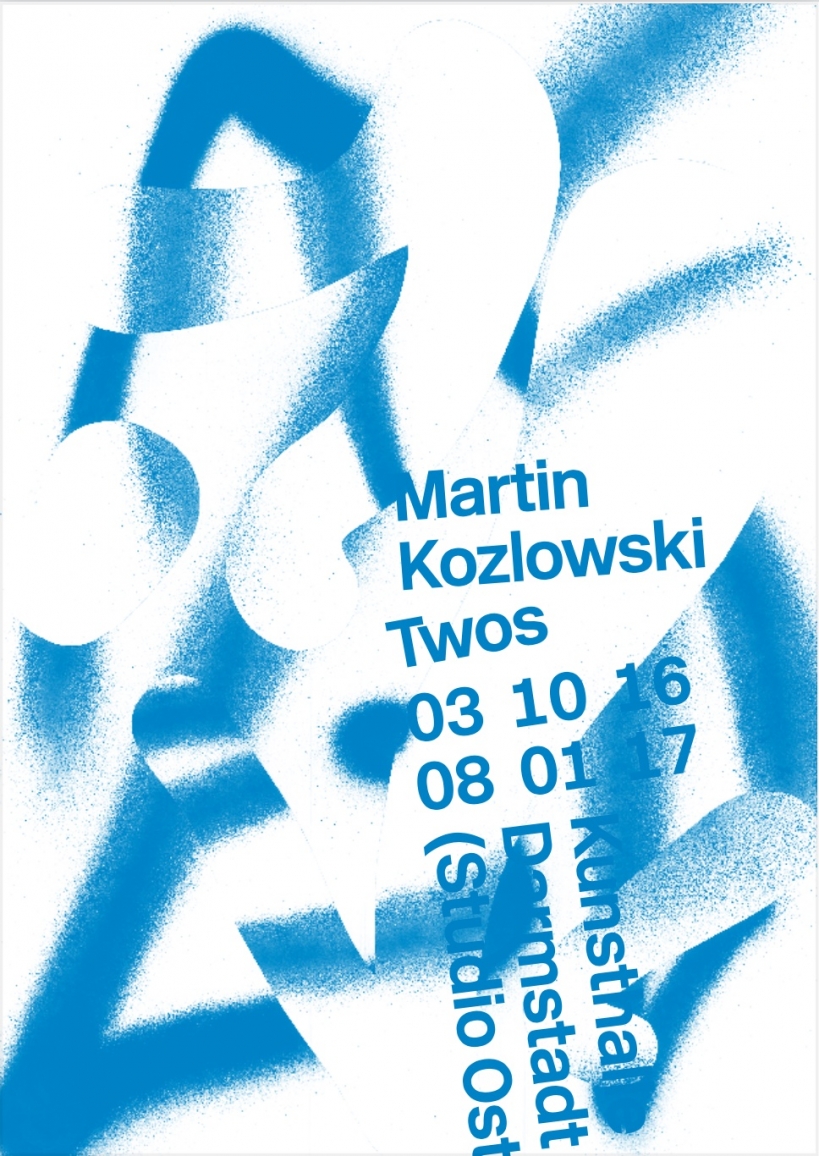