The Kunsthalle Darmstadt starts the year 2018 with an exhibition by the Swiss artist Alex Hanimann (* 1955 Mörschwil, St. Gallen). His show is the prelude to our program which, until the summer, focuses on tendencies of photography and thus on the act of seeing itself. Hanimann works with complex image sequences and reference structures, he creates in order to break down. In this way he explores the visual logic of our imagery as well as various systems of thought and perception. For him the relationship between humans and animals plays a special role.

As part of the exhibition Alex Hanimann shows a new series for the very first time, for which he has collected photographs taken from several research projects using photo traps. The image production is based on an automatism which is triggered by the movement of an animal. This creates random shots of wild animals in their own environment, which remains hidden from the human eye otherwise. Hanimann transforms the images by the wildlife cameras by putting them, enlarged and mounted in light boxes, in the frame of reference of art, thereby questioning the scientifically and economically motivated as well as superior human view of the world of animals.

In addition to the photo trap pictures a series of large-scale raster works are shown. They were created between 2006 and 2013 and brought together for the exhibition from various museums and private collections. Most of the raster works are based on iconic newspaper images primarily from the 1960s and 1970s. Alex Hanimann digitized and enlarged them as well as provided them with his own printing grid to then transfer them to large black and white ink drawings. 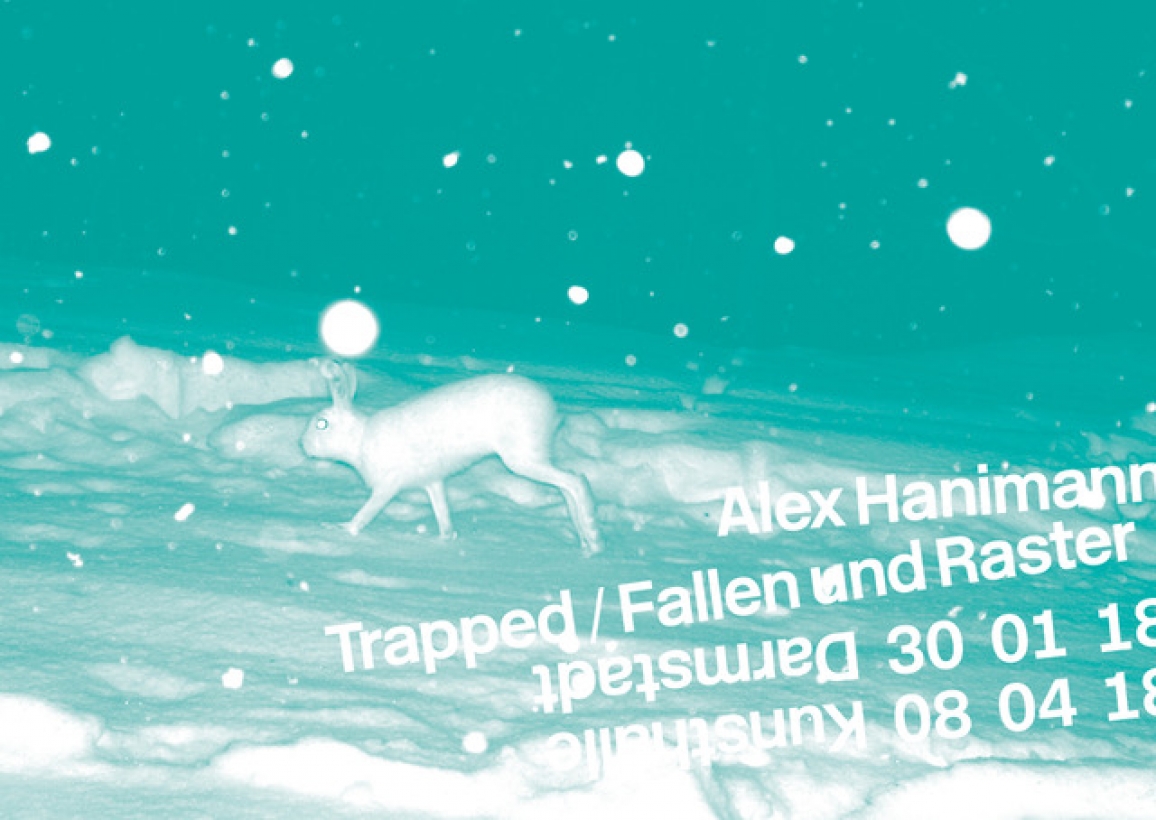