Florian Süssmayr is a good observer, interested in marginal places and themes such as subway stations and toilets, solitude and neglect. His paintings tell of feeling and hardness, are partly rudely direct and partly atmospheric, dense, and mysterious. Surfaces such as fabric, skin, wood, paper, glass, or vinyl are almost celebrated. Sometimes the subject dissolves in almost abstract compositions, which, on the other hand, emphasizes the materiality of the oil color. Deserted places and collections of traces are juxtaposed with the ornamental masses of football crowds and street battles as well as portrait works. For the paintings, photographs serve as a template, which are then altered, photographed again, copied, printed as a poster, and painted over or used as a wallpaper for other images. Motives such as Munich’s pubs, football fields, or record covers are closely related to Süssmayr’s time as a young artist and musician in the punk movement in Munich in the 1980s and tell of his enthusiasm for football and his love of music and film. With Florian Süssmayr a strong pictorial position marks the beginning of the genre-transcending program of the Kunsthalle Darmstadt. This solo exhibition, developed in close collaboration with the artist, brings together a selection of key works from the last ten years as well as some new works made specifically for Darmstadt. Since 1999 Süssmayr has been involved in national and international exhibitions in Japan, Switzerland, Spain, and the USA. Through the exhibition «Pictures for German Museums» in the House of Art in Munich 2005 he became widely known, followed in 2006 by a catalogue of the same name published by Walther König in Cologne. This exhibition, which will also be accompanied by a publication by König, like the paintings, can be read on different levels, which come together through a selection of key works in the main hall. 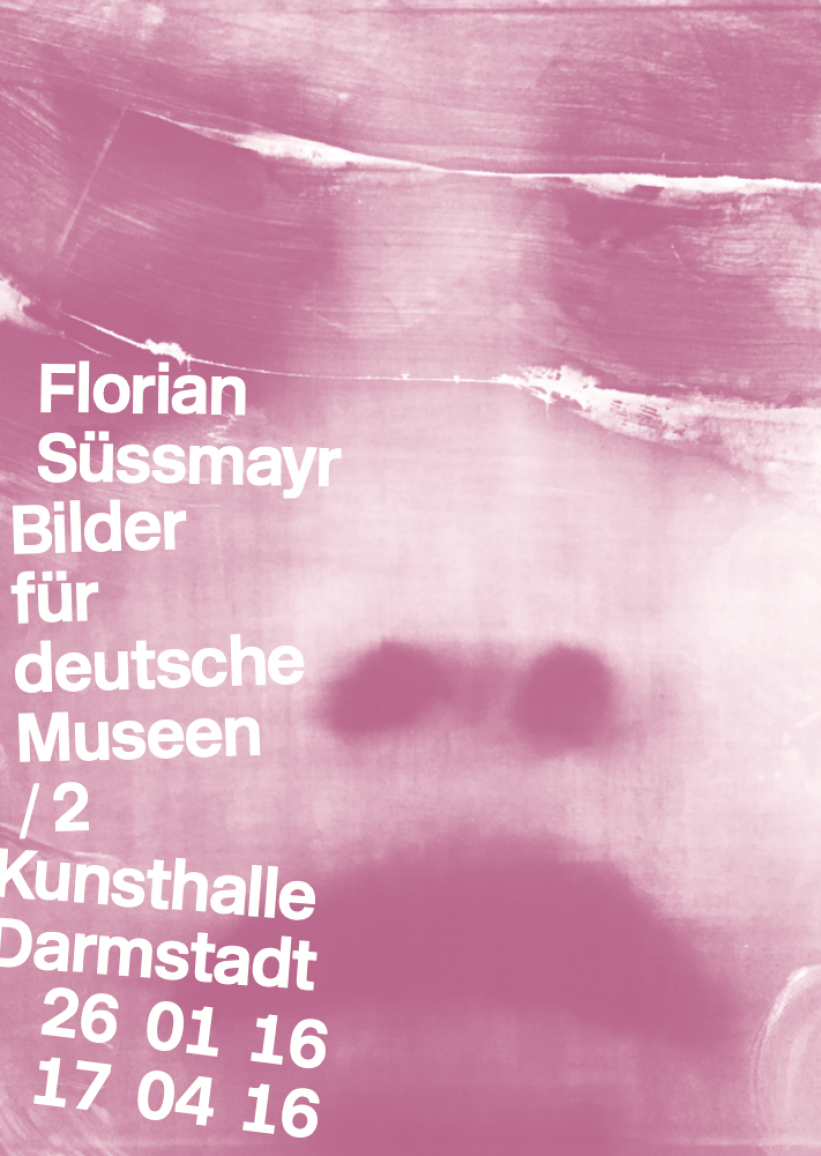 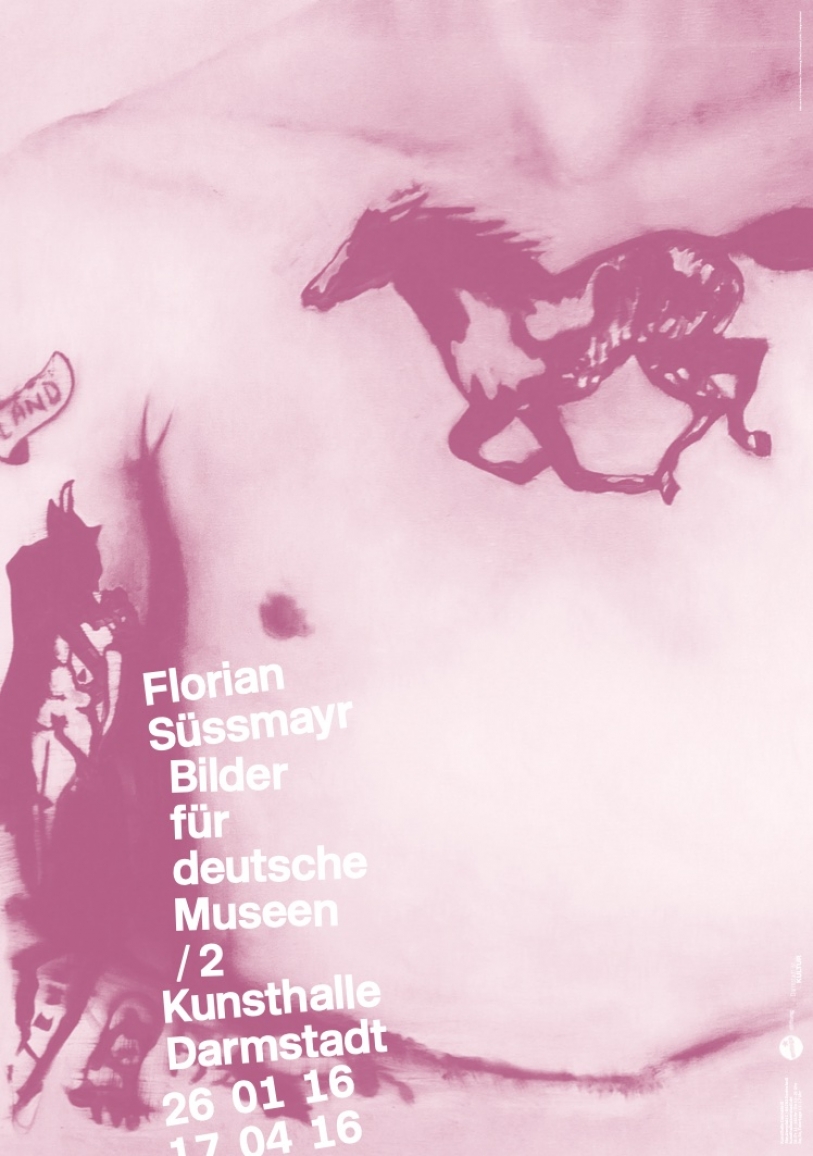