Masha Tupitsyn’s ‹Love Sounds› (2015) explores the acoustic legacy of English-speaking cinema in meticulous detail. In her sound installation she combines sound fragments of more than 1500 love scenes into a 24-hour listening cinema. Every word, every sound unfolds its own facet of love in the darkened exhibition space. Masha Tupitsyn arranges those sounds by categories such as heartbreak, desire, sex, or fate-time memory. Projected as letterings on a screen, the categories are the only visible feature. Without any images, ‹Love Sounds› shows how love can occur as a human process through listening and understanding.

Accompanying the installation, Masha Tupitsyn compiled a selection of films for the Mal She'n Kino in Frankfurt, in which the handling of sound plays a central role.

The performances start at 6 pm at the Mal She'n Kino in Frankfurt.

Thanks for the support to 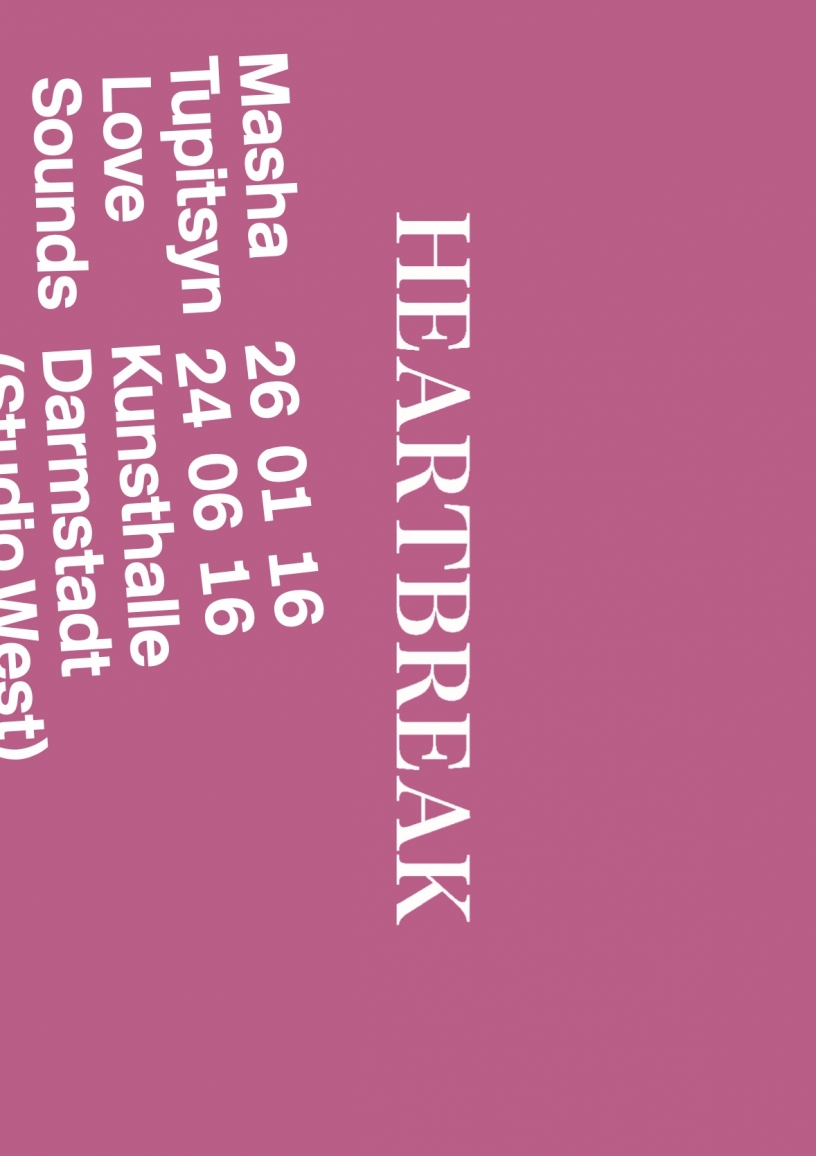