Just in Chicago – today in Darmstadt. The ‹Salon de Refuse› builds bridges across the Atlantic and yet is a specifically local project. In their exhibition, the collective AAA, consisting of Julia Dörflinger, Simon Fischer and Jonas Müller-Ahlheim, shows artists who have previously been rejected in various ways: by Darmstadt art institutions, for example, or by passers-by on the street. Because that’s where the works spend a few hours or days, before moving into Studio West.

Similar to the Parisian Salons des Refusés of the 19th century, the ‹Salon de Refuse› deals with questions of artistic authorship and institutional exclusivity. The location was deliberately chosen: the projects who get realized in Studio West are also based on jury decisions.

Julia Dörflinger, Simon Fischer and Jonas Müller-Ahlheim have been working together in the artist group AAA since 2020. They know each other from their time at the academy in Karlsruhe. Their first joint exhibition took place in 2020 at the Letschebach Art Association.

After studying philosophy and historical anthropology, Simon Fischer, born in 1981, began studying painting with Prof. Leni Hoffmann at the State Academy of Fine Arts in Karlsruhe, where he is now completing his master class. In 2018 he studied at the Tianjin Academy of Fine Arts. His unrestricted painterly practice is dedicated to the question of chance, authorship and the feasibility of painting.

Jonas Müller-Ahlheim, born in 1993, studied at the School of the Art Institute Chicago and was a master student at the State Academy of Fine Arts in Karlsruhe with Prof. Leni Hoffmann and studied at the Royal Academy of Fine Arts Copenhagen. He lives and works in Chicago. In addition to his curatorial work in the sspatz collective, his playful approach to painting is always thrown into disarray and he constantly strives to explore the framework of the given situation. 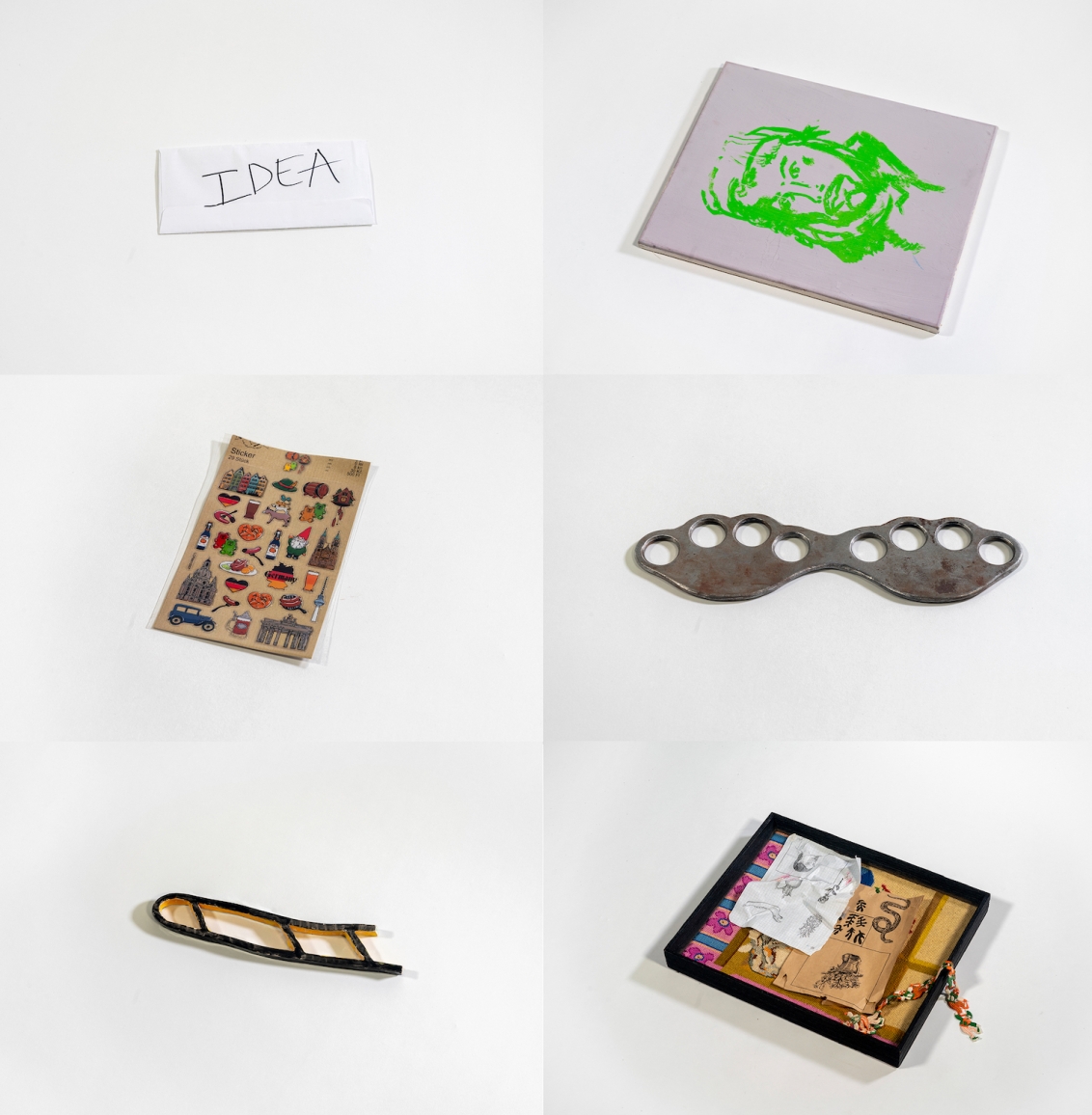