Event has been cancelled!

With ‹Super!›, the Kunsthalle Darmstadt is realizing the first major joint exhibition by Ellen Akimoto, Mona Broschár, Ivana de Vivanco, Franca Franz and Stefanie Pojar. The five young female painters studied with Prof. Annette Schröter at the Academy of Fine Arts in Leipzig. In addition to around 100 works on canvas and paper, the exhibition also shows some sculptures and reveals mutual references, but also the respective artistic independence. ‹Super!› is above all a plea for the importance of painting. The five artists consider it to be a medium of the present, the strength of which lies precisely in its supposed antiquity and whose physical immediacy opposes the omnipresent stream of pixels. On March 19, the five artists will talk with art and media scientist Annekathrin Kohout about their work at the Kunsthalle Darmstadt.

Annekathrin Kohout is a research assistant for modern German literary studies at the Germanic Seminar at the University of Siegen and works as a freelance writer for various newspapers and magazines. Her recently published book ‹Netzfeminismus› focuses on the phenomenon of the female selfie culture in the Internet. As publisher and editor of the magazine ‹Pop. Kultur und Kritik› she comments on the current trends in pop culture. 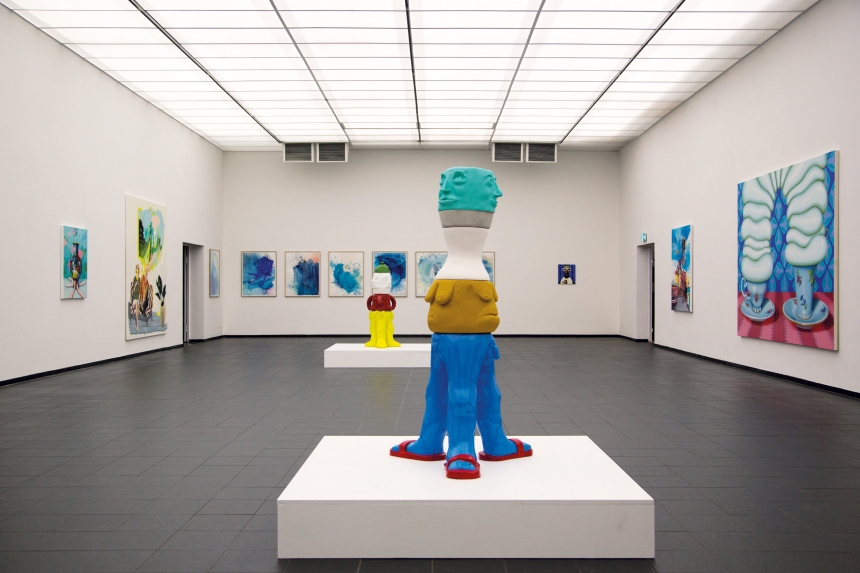